The GME is Out of the Bottle

However, this has been a transformational week in the equity markets which forces us all to think about, and potentially reconsider, what we know about market structure and market behavior.  Reddit co-founder Alexis Ohanian hit the nail on the head in CNBC’s Squawk Box when he said “I do think this is a seminal moment. I don’t think we go back to a world before this because these communities, they’re a byproduct of the connected internet.  Whether it’s one platform or another, this is the new normal.”

Naturally, the platform-du-jour is r/wallstreetbets (WSB).  Its ascendancy has, not coincidentally, been contemporaneous with the explosive growth of trading app Robinhood.  Monetary and fiscal stimulus, work-from-home and zero-commissions have led to a massive surge in retail accounts and trading.  An estimated half of Robinhood's 13 million users reportedly own stock in GME, so the linkage is clear.  Having said that, there has also been talk of smart money being a driving force in the group.

WSB’s focus on GME was ignited by the outsized short interest (well over 100%, which, by the way, is not illegal nor a result of naked short-selling but rather of re-lending/borrowing) in the company’s stock, with the group targeting a short squeeze of the hedge funds having short positions in the name.  Since a large portion of the group’s long positions were executed by purchasing short-dated calls, market makers’ hedging of open option positions caused a gamma squeeze, exacerbating the melt-up.

Worth a thought in this regard is the dynamic around the principle of short-selling.  Critics consider shorting immoral, accusing short sellers of not only profiting from the misery of others, but also creating it through their selling activities.  Short sellers argue that they make the markets more efficient, causing prices to better reflect true values, protecting other investors from purchasing overpriced securities, and providing liquidity in the markets (never mind trying to make money).

The irony in this is obviously not lost, as what has happened with the trading of GME is exactly the opposite.  As it happens, GME is not an isolated case since the 50 most-shorted companies in the Russell 3000 Index have now surged 33% so far this year, with the Goldman Sachs short basket set for its best month since at least 2008.  In some respects this dynamic has reversed with the herd of small investors keeping sophisticated hedge funds in check. These have certainly reacted, since, according to Goldman Sachs, hedge funds have reduced gross exposure at the fastest rate since August 2019 (i.e., even more than in March 2020).

We should recognize, however, that the events surrounding GME have occurred over a brief period of time.  Warren Buffett’s mantra, quoting his mentor Benjamin Graham, is that “in the short run, the market is a voting machine - reflecting a voter-registration test that requires only money, not intelligence or emotional stability - but in the long run, the market is a weighing machine.”  History has shown us time and time again that, while irrationality may persist for periods of time, in the long run the market will always return to being rational, weighing fundamentals.  For the likes of GME, AMC, BlackBerry and a number of other recently pumped stocks, this will lead to a significant correction and painful losses among those retail investors ‘holding the line’.

So where does all of this leave us?  For starters, we have entered a new phase in the democratization of financial markets which, as the Wall Street Journal pointed out, set off with Vanguard’s late Jack Bogle opening low-cost index investing to the masses.  This next phase is clearly characterized by the power of social media, and thus by the power of the community.

Intensified by a deep-rooted ‘them vs. us’ rhetoric, crowd sentiment has become a force to be reckoned with, with company fundamentals having been removed from the equation for these so-called meme stocks.  The structural change which we are in the middle of lies in the fact that community sentiment has become a key driver of market movements.  Let there be no doubt that the balance of power is shifting.

However, I do not believe that the market has structurally changed such that company valuations have become irrelevant.  Over the past 5 years, GME has traded at an average valuation multiple of 4x EV/EBITDA.  At the close of January 29th, it was trading at an EV/EBITDA multiple of 148x.  Markets, structural changes and even societal trends often overshoot.

Ultimately, what drives humans and their behavior is very intrinsic.  People want a meritocratic and transparent ecosystem with a level playing field.  The new normal will be a market which, having historically featured an information and power asymmetry between Wall Street and Main Street, possesses more balance.  The new intelligent investor will be one who can navigate company fundamentals, market insight and community sentiment.

Consequently, what is needed at the crux of this evolved market structure, is a platform which can create the convergence between institutional and retail - both at the ideas and capital flows level.  This entails enabling institutional investors insight into well-researched ideas and sentiment from the community, within an economic structure incentivizing and rewarding contributors' performance.  As all market participants will need to understand this new democratization driving the markets, its steady state will naturally be one in which interests are aligned.

Khing Oei is founder and CEO of AlphaSwap, the investment technology platform which connects its analyst community’s stock picks and track records with institutional investors.  The company’s vision is to become the ‘Spotify for investing’ - inclusive, meritocratic and democratic for its community, and performance-enhancing for its customers.  Khing is a former hedge fund chief investment officer and worked at, amongst others, Fortress and Goldman Sachs. 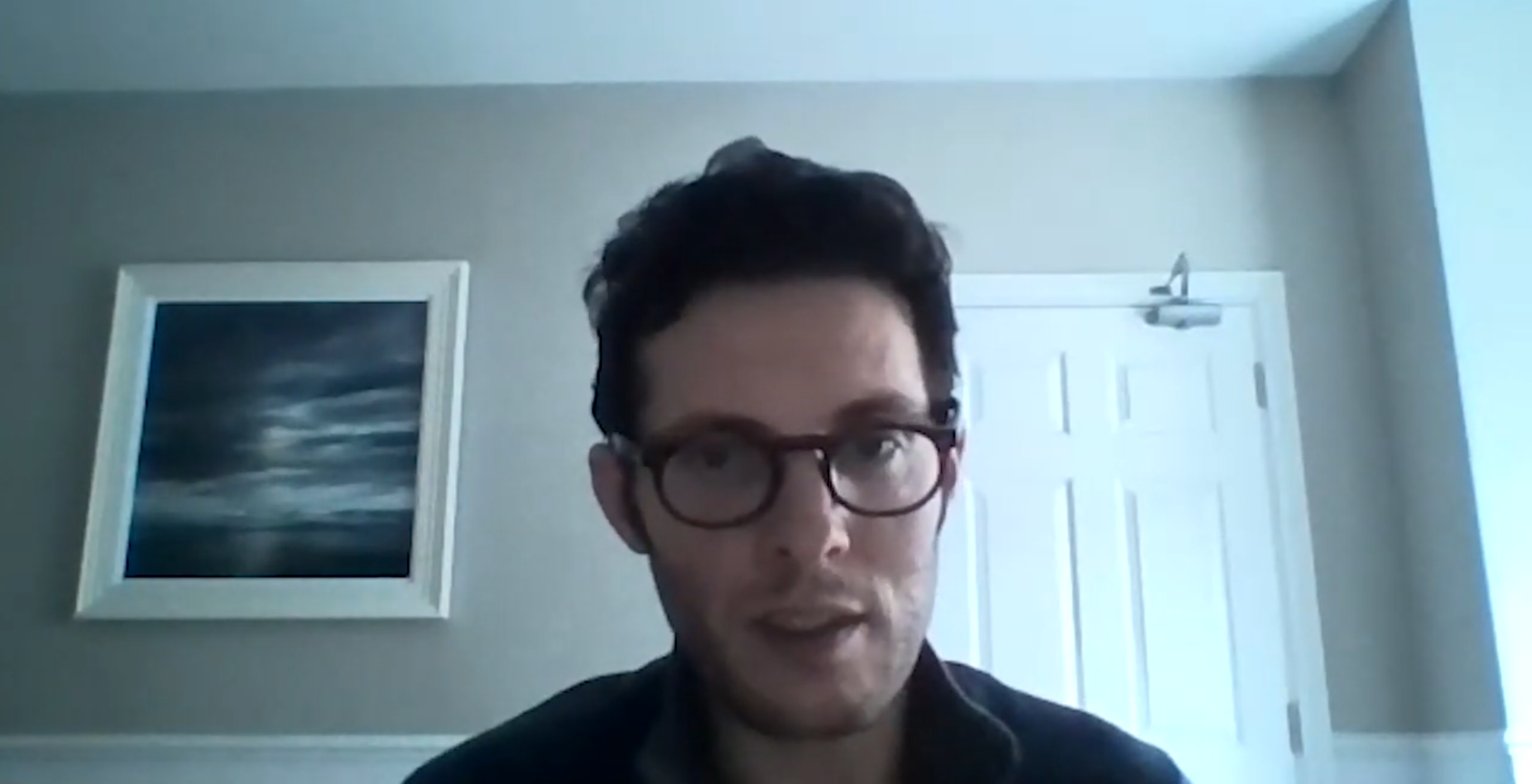 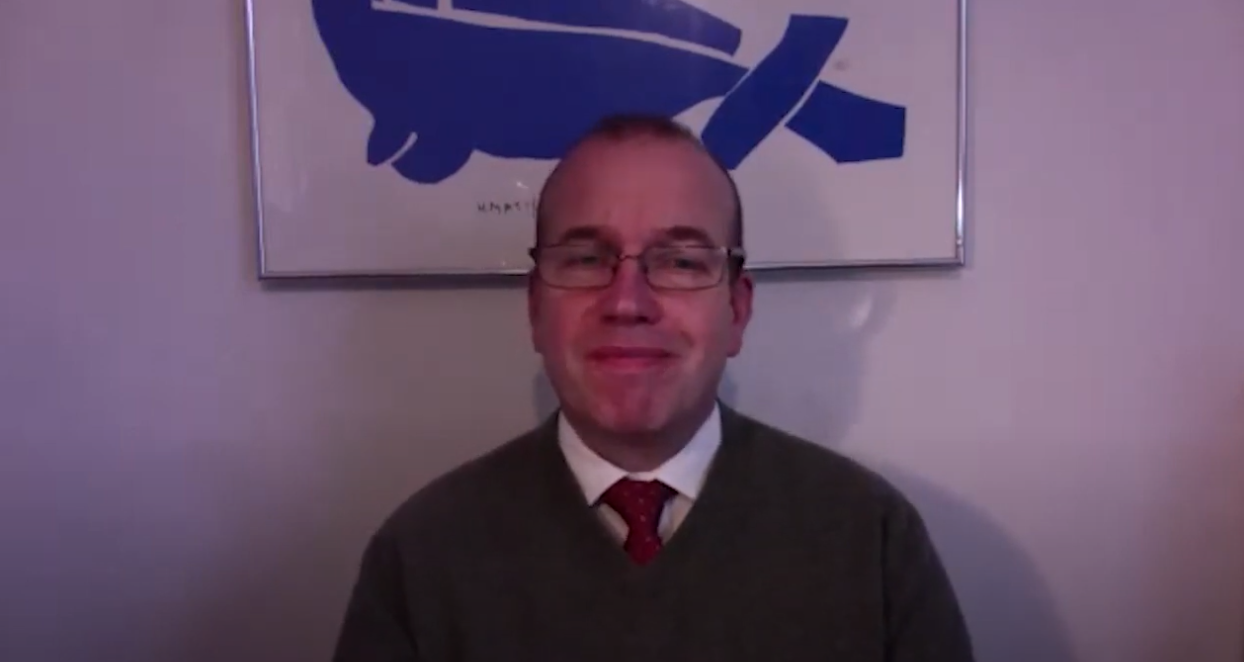